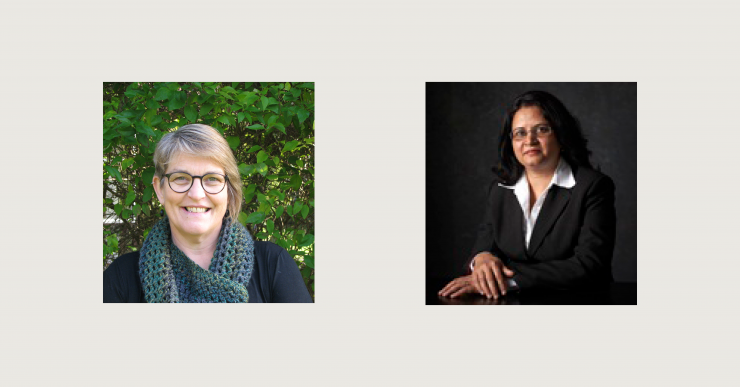 The Vice-Chancellor is delighted to announce the appointment of Associate Professor Elizabeth Boase as Dean and Dr Suman Kashyap as Registrar of the University’s new School of Graduate Research, commencing in 2020.

Associate Professor Elizabeth (Liz) Boase is Academic Dean at the Adelaide College of Divinity and Head of Theology at Flinders University in South Australia.

Liz holds a Bachelor of Applied Science (Speech and Hearing) from the Western Australian Institute of Technology (now Curtin University) and a Bachelor of Divinity (Honours) and Doctor of Philosophy from Murdoch University. She lectured at the University of Notre Dame Australia (2004-2008) and since 2009 has been at the Uniting College and Adelaide College of Divinity.

She publishes regularly in the area of Hebrew Bible, with research strengths in the book of Lamentations, Jeremiah, and trauma hermeneutics. She presents regularly in Australia and overseas.

Liz writes that she is looking forward to taking up the role of the Dean of the School of Graduate Research at the University of Divinity:

I am excited about the vision of the School, and the prospect of building a strong research community which will nurture a new generation of scholars able to resource the life of the community and church.

Dr Suman Kashyap has been Research Services Officer at the University of Divinity since 2011, providing extensive operational support to both research and research training areas.

Suman told Vox that she is eager to commence her new role as Registrar of the School of Graduate Research:

I am particularly looking forward to increased opportunities for collaboration and networking with the students and supervisors who will be members of the SGR.

The Vice-Chancellor, Professor Peter Sherlock, said that he was delighted with the outcome of a highly competitive selection process:

Associate Professor Boase and Dr Kashyap bring a wealth of experience in research training to the SGR. Each has a strong focus on student-centred practices, which will be of immense benefit to both research students and those preparing for a research degree. I very much look forward to welcoming Liz to the University as Dean, and to the new contributions Suman will make as Registrar, drawing on her impressive record of service over many years.

Liz will take up the role as Dean on 3 February 2020, and Suman will commence as Registrar on 2 January 2020. Both will be based at the University’s office in Kew.

Capstone Units at the University of Divinity