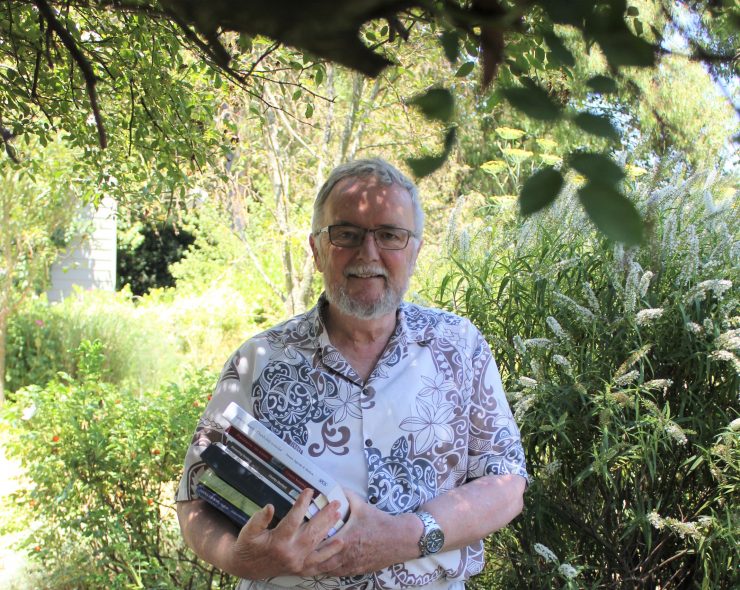 AM for career in theology

Reverend Dr Charles Sherlock spent 26 years among the exclusive membership of the Anglican Roman Catholic International Commission (ARCIC). Just 18 scholars of theology are selected world-wide for ARCIC – nine from each of the two churches – tasked with bridging the gap that had grown between the churches since the reign of Henry VIII.

Before the posting, the Trentham local had been working quietly as a teacher, a parish deacon and an academic, but his scholarly work had come to the attention of the hierarchy in the churches.

“You teach and write and that had been my life,” he told the Express.

“Then in 1991 this fax arrived from the Archbishop of Canterbury asking me to be on the Anglican Roman Catholic International Commission, which was just flabbergasting.

“I’m just a fairly ordinary Australian bloke, then living in Brunswick, trying to teach away and help people think about the Christian faith.”

ARCIC was established in 1966 after the first visit of an Archbishop of Canterbury to the Pope for 400 years.

“It’s regarded as the peak ecumenical body engaged in serious dialogue to try to lower the barriers, not just between the Anglicans and the Roman Catholics, but effectively Protestants and Catholics,” Charles said.

“So I took some advice because as soon as you join a group like that you really have to want the Anglican and Protestant tradition to be back with the Roman Catholics, you can’t just say ‘I’m going and this is an academic aim’.”

The ARCIC scholars together published papers on all of the subjects named by the Pope and the Archbishop, and reasoned through the differences of opinion between the two churches.

This incredible undertaking, together with a remarkable 40-year career in theological education, has led Charles to be named a Member of the Order of Australia in this year’s Australia Day honours.

Charles has held positions on the Inter-Anglican Standing Committee on Ecumenical Relations, the Anglican Liturgical Commission that produced A Prayer Book for Australia, and the two leading bodies in Australian theological education, the University of Divinity and the Australian College of Theology.

He has a dozen books to his name, and filled a long line of academic roles. In his spare time he is an avid Meccano enthusiast and last week recorded an episode of the ABC’s Hard Quiz with Meccano as his specialist subject.