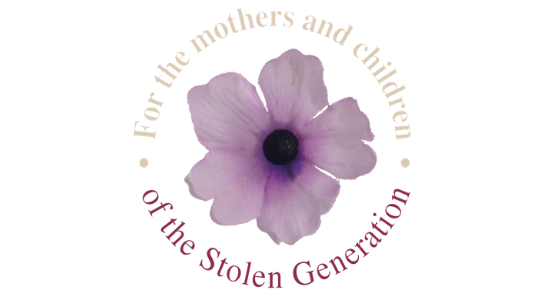 This day often gets confused with February 13th the National Apology to the Stolen Generations and while the two are connected, it is important to Stolen Generation members and the wider Aboriginal and Torres Strait Islander communities that the historical and cultural background are understood.

On May 27th, 1997, the final report of the National Inquiry into the Separation of Aboriginal and Torres Strait Islander Children from Their Families was tabled in Federal Parliament. This report was called the Bringing Them Home report.  For the first time in Australian history, the stories of removed children, their families and communities, agency workers, adoptive/foster family experiences were collated into a national narrative that gave collective voice to experiences. It was the first time that Federal Parliament heard formally about the events. You can access the Bringing them Hope report here.

For many Stolen Generation members, it was the first-ever acknowledgment of what had happened to them, to their families, and to their communities.

For many non-Indigenous Australians, it was the first time that they heard about the awful assimilationist policies that are estimated to have removed between 1 in 10 Aboriginal and Torres Strait Islander children from their families. Many children experienced physical and sexual abuse after being removed from their families. That trauma is ongoing for many Aboriginal and Torres Strait Islander communities. The Healing Foundation has a short but informative overview of that trauma: https://www.youtube.com/watch?v=vlqx8EYvRbQ

National Sorry Day came about on May 26th, 1998 as a commemoration and as a way of keeping the hope and the goal of 54 recommendations that sought to rectify the effects of the removal policies and combat the ongoing trauma from those policies. It had early support and involvement of many non-Indigenous groups including churches. Reconciliation Week follows on from this day beginning May 27th.

As Sorry Day approaches again for another year, it is still important to remember that Stolen Generation members are still directly affected by these past policies, that Aboriginal and Torres Strait Islander communities still grieve, and importantly, that many of the original 54 recommendations have either been forgotten or not delivered in sustainable and life-giving ways. The Federal Government might have apologised to the Stolen Generations back in 2007 but the rates of removal of Aboriginal and Torres Strait Islander children from their families and communities is increasing not decreasing. And it seems to me that less people know and understand about Sorry Day, have heard of the Bringing them Home Report.

So, what can you do this National Sorry Day as a non-Indigenous person?

Many Stolen Generation members remark that it is hard to be a survivor of these policies – yet be expected to educate others. One way we can reduce this burden is to educate ourselves and access resources available to us. Our UD Library hub has a growing collection of Aboriginal and Torres Strait Islander and world Indigenous resources available in physical and electronic forms that cover many areas. You can find it here: https://divinity.libguides.com/indigenous

This Sorry Day perhaps the words of former Prime Minister Paul Keating are still useful to meditate upon:

And, as I say, the starting point might be to recognise that the problem starts with us non-Aboriginal Australians. It begins, I think, with that act of recognition. Recognition that it was we who did the dispossessing. We took the traditional lands and smashed the traditional way of life. We brought the diseases. The alcohol. We committed the murders. We took the children from their mothers. We practised discrimination and exclusion. It was our ignorance and our prejudice. And our failure to imagine these things being done to us. With some noble exceptions, we failed to make the most basic human response and enter into their hearts and minds. We failed to ask – how would I feel if this were done to me? As a consequence, we failed to see that what we were doing degraded all of us.”
The Hon Paul J Keating, Prime Minister of Australia, Redfern 1993

Naomi Wolfe is a trawloolway woman, and First Peoples Coordinator at the University of Divinity. Naomi encourages a collaborative learning between Aboriginal and non-Aboriginal staff and students at the University to break down barriers destroy stereotypes and to cultivate new relationships based on respect. She has a professional and personal interest in Indigenous cross-cultural training and awareness as well as Indigenous pedagogies and theology.

The man who brought the Gospel and social justice together