Dr Race Matthews held a position as an Honorary Research Fellow of the University of Divinity from 2014-2017.

Race Mathews is a former Chief of Staff to Gough Whitlam, Federal MP, Victorian MP and Minister, Local Government Councillor, academic, speech therapist and primary teacher. He has held numerous positions in the Australian Labor Party and the co-operative and credit union movements and has written and spoken widely about their history, attributes, and activities. A major focus of his research has been the great complex of worker-owned co-operatives at Mondragon in the Basque region of Spain and its origins in the social teachings of the Catholic Church. 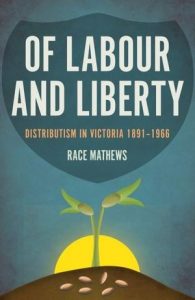