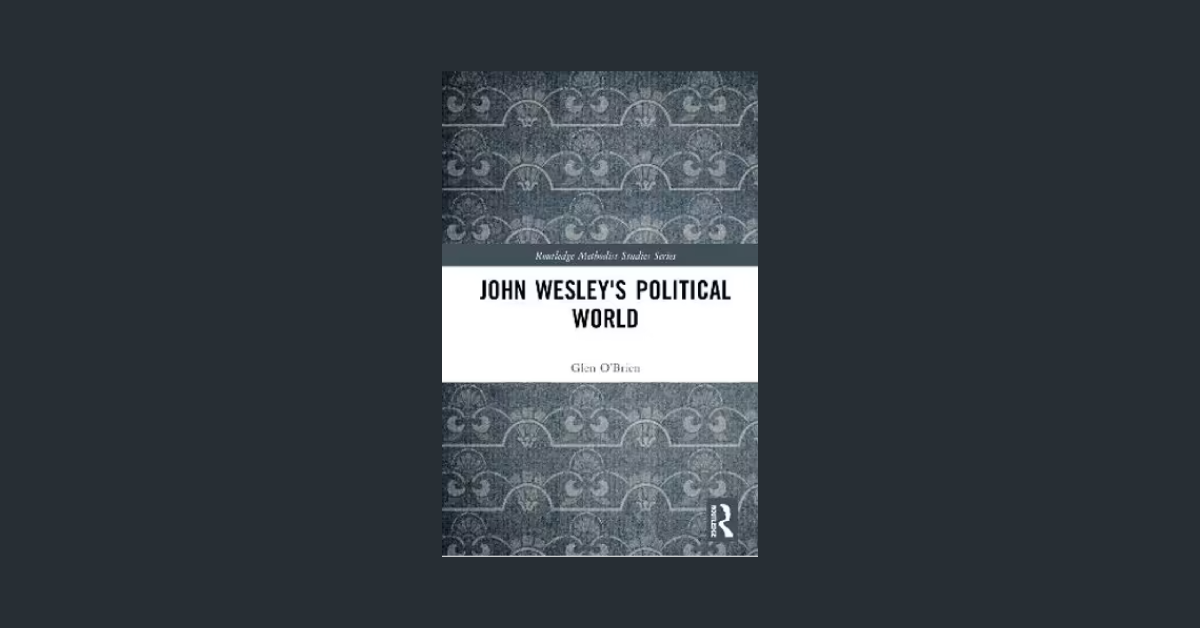 Professor Graeme Davison, Sir John Monash Distinguished Professor of History at Monash University will officially launch the book and speak at the event.

This book employs a global history approach to John Wesley’s (1703–1791) political and social tracts. It stresses the personal element in Wesley’s political thought, focusing on the twin themes of ‘liberty and loyalty’. Wesley’s political writings reflect on the impact of global conflicts on Britain and provide insight into the political responses of the broader religious world of the eighteenth century. They cover such topics as the nature and origin of political power, economy, taxes, trade, opposition to slavery and to smuggling, British rule in Ireland, relaxation of anti-Catholic Acts, and the American Revolution. Glen O’Brien argues that Wesley’s political foundations were less theological than they were social and personal. Political engagement was exercised as part of a social contract held together by a compact of trust.

The book contributes to eighteenth-century religious history, and to Wesley Studies in particular, through a fresh engagement with primary sources and recent secondary literature in order to place Wesley’s writings in their global political context.

A limited number discounted copies of the book will be available on the night.

Purchase from the publisher